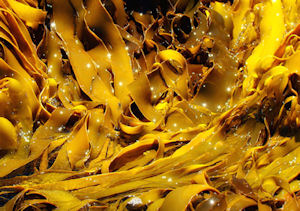 While fears of radiation poisoning increase in Japan after the Fukushima I nuclear power plant disaster, the latimes.com reported on Tuesday, April 5, 2011, that the operator of the nuclear plant in Fukushima announced that it discovered radioactive iodine, which was 7.5 million times the legal limit. Further, samples taken on Monday also showed fish having radioactiv...

Comments | Posted in Supplements By Nature'sAlternatives.com